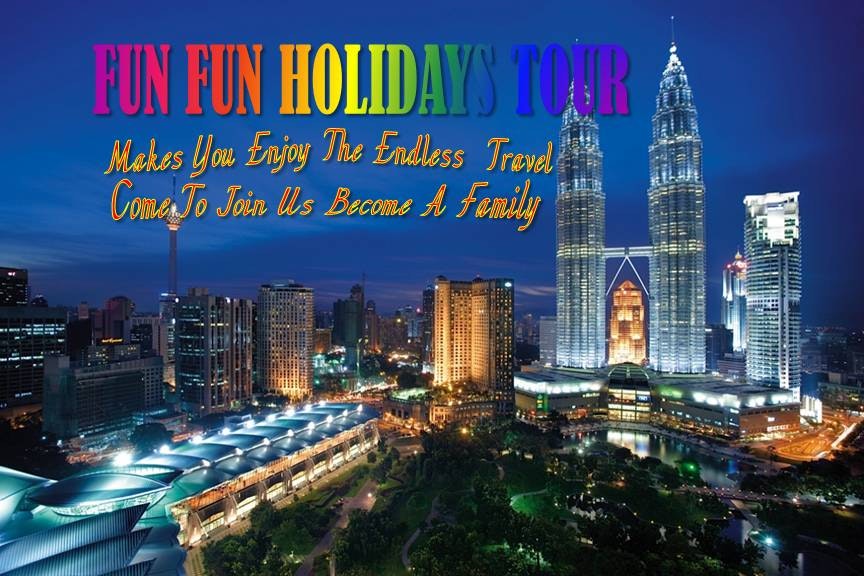 Fun Fun Holidays Tour is the founder of friendly tourism Rapid Tour. We have a travel professional team to creator the good Day Tour or Overnight Tour around the Malaysia. We have presented my country and organized several events throughout his career. we believe we can provide the good service and well done travel information to you all.

Read More
Country Sight Tour
Kuala Lumpur, Malaysia
Note: This Triip minimum 2 adult for travelling and this triip will taken 3-4 hours time. The journey will take you towards the eastern Suburbs of the city and will enable you to see how Malaysians live.

About the creator
FunFun HolidaysTour

Note: This Triip minimum 2 adult for travelling and this triip will taken 3-4 hours time. The journey will take you towards the eastern Suburbs of the city and will enable you to see how Malaysians live.

Rubber tapping is the process by which the latex is collected from a rubber tree. An incision is made in the tree's bark, which cuts through the latex vessels, from which the product then flows. Timing of the incision must be planned within the planting cycle to optimise the latex yield.

The limestone hills of Batu Caves that comprises of three caverns and several smaller caves. It is the shrine of Lord Murugah, a Hindu deity – a flight of 272 steps lead up to the temple cave. Another cave, called the museum cave, is filled with images of deities and murals depicting scenes from the Hindu scruptures.

Here you can saw many monkey beside the staircase. But beware,the monkeys might snatch bags,hat from any people and they will also ambush from behind.

Titiwangsa Lake Garden, also known as Taman Tasik Titiwangsa, is popular among the locals of Kuala Lumpur because of its close proximity to the city centre. If you ever want a photo with the Petronas Twin Towers as the background, then visit the Titiwangsa Lake Garden. Here is also a great spot to see how fast the skyline of Kuala Lumpur is changing. It provides a perfect retreat from the busy city life.

On the lunch time, will suggest the taste of local flavor~Indian Food like "Banana Leaf Rice" and "Roti Canai". And taste the local famous beverage "Teh Tarik".

Roti Canai is a type of Indian-influenced flatbread found in Malaysia and Indonesia.

Teh tarik (literally "pulled tea") is a hot Indian milk tea beverage which can be commonly found in restaurants, outdoor stalls and kopi tiams in southeastern Asian countries of Malaysia andSingapore. Its name is derived from the pouring process of "pulling" the drink during preparation. It is made from black tea, condensed milk and evaporated milk. It is also considered as the national drink of Malaysia.